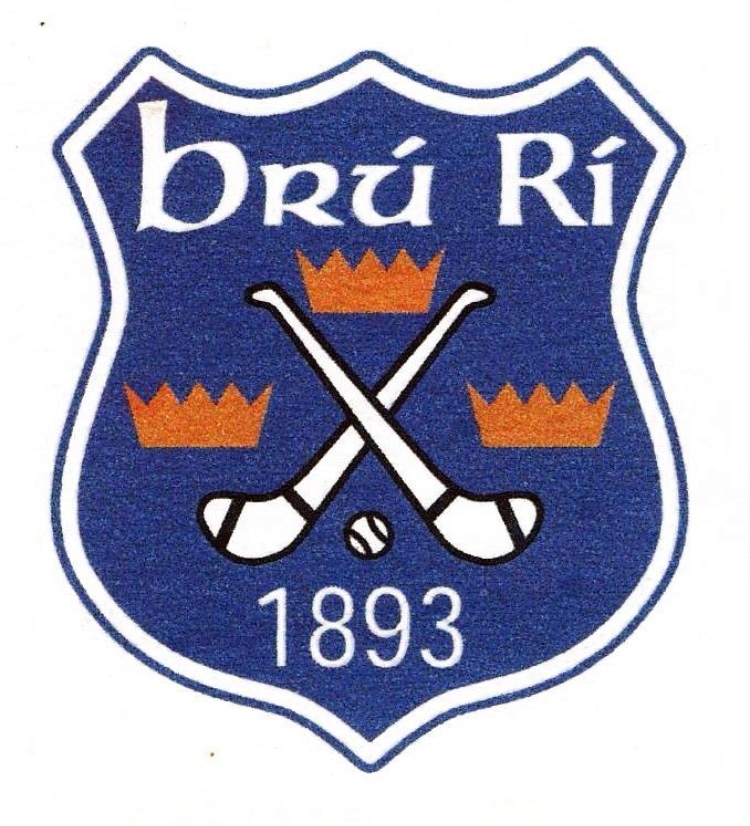 🔷Bruree GAA held its Club AGM last Tuesday night. Due to level 5 Government Restrictions the AGM meeting was held on virtual zoom for the first time ever. Club Secretary David Deady started the meeting with a minutes silence for all who sadly passed away in Rockhill and Bruree in 2020. David moved onto the minutes from 2019 which everyone had been notified by email along with all the reports from the club officers. Secretary David Deady went through he's report of the year and gave an excellent and comprehensive report for 2020. Club Secretary is a big job in the GAA and David Deady was outstanding once again in getting all information on matches to all managers over every team. David informed everyone that Limerick GAA hope to still play Fixtures from the 2020 seasons with the middle of Spring in mind. David also attended several virtual Limerick GAA and South Board meetings. David thanked all those who helped out with the field and the cleaning of the dressing rooms. Next up was John O'Halloran's Treasurer's report. John gave a excellent and thorough report of the clubs finances. 2020 was a very difficult year for all clubs but Bruree did very well. Treasurer John O'Halloran thanked everyone who helped out during the year with the clubs fundraising events. John thanked Accountant Pat Hennessey for having the clubs financial books in great order once again. John also thanked the clubs fundraising team headed up by Fundraising Chairman Eamonn Sexton and his fundraising team of Jimmy Feane, Kit O'Halloran, Brendan Hogan, David Deady and John himself. The Duck Race and the Annual Christmas Raffle were once again a huge success. The Duck Race was kindly sponsored by Beech Lodge Nursing Home and the Christmas Raffle Draw was kindly sponsored by Owen and Judy Tobin of Europiping Engineering and John thanked them all. John also thanked everyone who bought and sold tickets for these events which also included The club Limerick draw for 2020. Next up was the Chairman's address. Chairman Brendan Hogan thanked everyone for their very hard work during 2020. He thanked he's fellow club officers and everyone who supported the club during a very tough year for the club and even tougher year for every family in Rockhill and Bruree. He wished for all to stay very safe and healthy during this sad and horrible pandemic. Brendan spoke very well of where the club wants to go for the future. He thanked our main Sponsors Costello Quarries for their continued and kind support throughout 2020 and thanked them for the sponsorship for 2021 season. Brendan also thanked the Lotto Committee for all their hard work in what was a vert difficult year. The lotto Draws had to be cancelled due to government restrictions and we are all hopeful that once restrictions can be lifted when it is safe, The lotto can be restarted again.Bruree GAA Chairman also thanked everyone near and far who supported the club. Brendan thanked the fundraising committee and club officers for there very hard work in bringing in funds in what was a very challenging year because of the Covid-19 pandemic. Brendan went on to say that 2021 will be even more of a challenge but together both the club and community can get through this together. Next up was the Election of Officers and Members of the Executive Committee. Chairman Brendan Hogan started with the Life President vacancies. He made a special mention to our 2 wonderful past Life Presidents who had sadly passed on. Both Ann Potter and Shamie Sexton did the Bruree GAA club a wonderful service. We were so honoured to have them both together as Life Presidents, May they both Rest In Peace. Chairman Brendan Hogan went on to announce Nuala Leslie and Johnny Wall who were both nominated and seconded and we Congratulate both of them. Johnny Wall was overwhelmed at been nominated but was overjoyed and proud to take up this very important role witin the club along side Nuala Leslie who was also proud and delighted to do so. They have both done so much for Bruree GAA. Nuala Leslie was First Aider for Bruree for many many years. Johnny Wall who was a past player and was involved in different positions within Bruree GAA most notilably Treasurer for over 11 Years. We wish both all the best in there new roles for Bruree GAA. The Top table remains the same for 2021. A Vacancy for the Assistant Treasurer's job was available and Eamonn Sexton was Nominated and seconded for this postion. Eamonn has been the club PRO for the last 4 years and did a fantastic job. The role of PRO will be taken up by 2 new club men. Kieran O'Rourke and Kieran O'Dea were both nominated and seconded and will together look after the clubs communication to the general public, As well as promoting the clubs fundraising as well as match reports. We wish both lads the very best of luck. The last vacancy was the Health and Wellbeing Officer. Monica Queally has done outstanding work in this role over the years. We thank Monica for everything she has done for the club. Two ladies were nominated and seconded for this role. Elizabeth Horgan and Johanna Deane. We thank both ladies for taking on this important role and we wish both the very best of luck.

🔷Ratification of Management of all Teams

🔷All other appointments will be done over the coming weeks.

🔷Chairman Brendan finished up by thanking everyone for attending the meeting. He wished all a very safe and a happy and healthy year.

Limerick GAA today launched their New Jersey for the 2021...