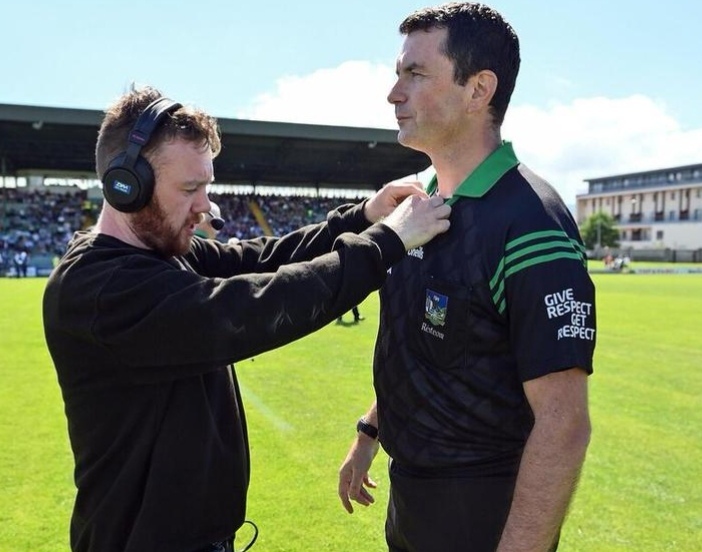 Published: about 2 months ago

Today Club Referee John O'Halloran took charge of the Kerry County Senior Hurling Championship Final in a sunny & packed Austin Stack Park. But this County Final had something that previous finals didn't. The game was broadcast live on TG4 and was notable not only for the fact it was the 1st time the Kerry SHC final was broadcast live on national television, but also for the fact it featured a Referee being mic'd up for the 1st time as well. Right through the match John explained to players as to why frees were given. John got straight to the point & got on with the match.

The initiative is the first of its kind in GAA live coverage. A referee's microphone has been a mainstay of rugby coverage for years with viewers having the ability to hear the likes of Nigel Owens and Wayne Barnes and their interactions with players.

Judging from the positive reaction to the latest innovation in coverage on Sunday, it's likely we will be seeing more of referees being mic'd in the future.

Viewers on GAA Beo were able to hear the rationale behind his decisions in real time. John was outstanding from start to finish allowing play to flow which in turn allowed both teams to play fantastic Hurling. Causeway won in the end by 5 points. This was there 2nd County Final win in the last 4 years.

Well done to John & his team of umpires, Ye did the club very proud.

Unfortunately we had no winner in the Club Limerick Draw ...